Create Access To Tech Careers for the Indigenous Community 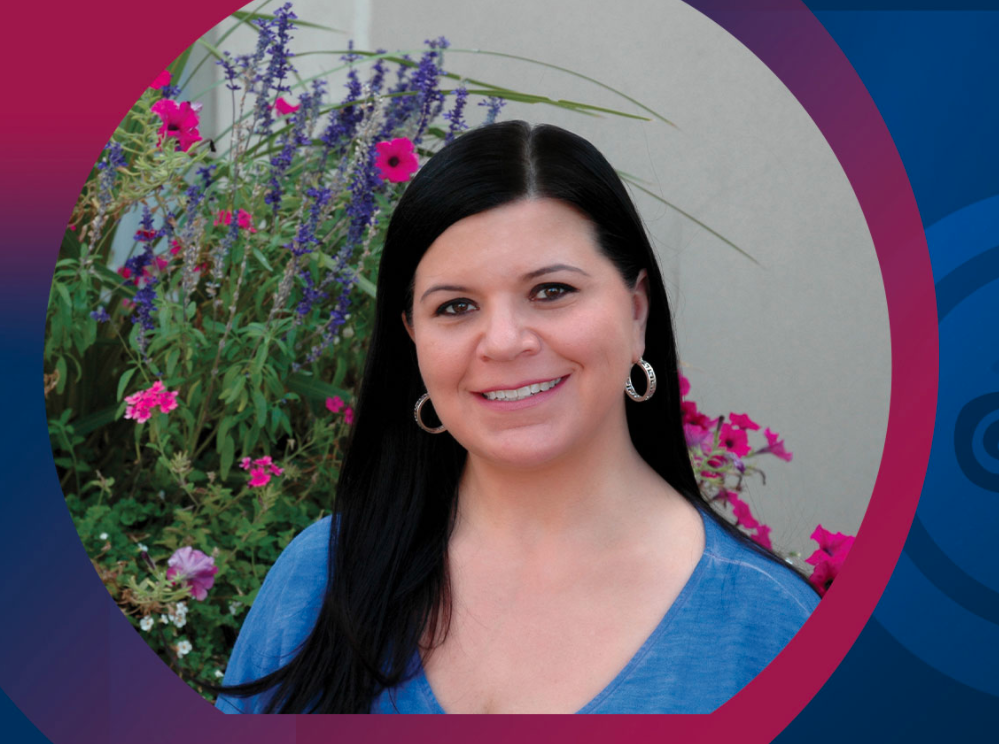 As we continue to talk about advancing racial equality around the globe, it is important to support and elevate Indigenous communities.

As we work to create a world where our workplaces reflect society, we recognize that as an industry, there is still more to do. Black, Latinx, and especially Indigenous people are underrepresented in the tech sector.

That’s why it’s important to widen access to opportunities at tech companies and launch and scale programs to drive equality forward, especially for our Indigenous communities, while fostering a culture of inclusion in the workplace.

We can make it easier for others who look like me to get through the door.

July is WINDforce’s (Worldwide Indigenous Network of Diversity) champion month, a time when we highlight the work of our employee resource group (ERG) for Indigenous employees and allies. At Salesforce, we honor and uplift Indigenous employees year-round, but this month especially. As the global president of WINDforce, I have the honor of building community and providing support for our Indigenous employees and allies around the world and across our global network. We, at Salesforce, also recognize that representation of Indigenous employees, both at the company and in the tech industry, is low and so, for me personally, the initiative to increase representation is a necessity. My journey to get here in the tech industry was challenging. It shouldn’t have been. It doesn’t need to be. I was fortunate to have managers that believed in me and my potential. We can make it easier for others who look like me to get through the door. That’s what this is all about — making it easier for future generations of leaders.

To increase Native and Indigenous employees in tech, I spoke with Sarah EchoHawk, CEO of American Indian Science and Engineering Society (AISES) about the important work AISES is doing. AISES is a national nonprofit focused on increasing representation of Indigenous peoples of North America and the Pacific Islands in science, technology, engineering, and math (STEM) studies and careers.

The power of representation

“You see yourself when you first enter and wonder, do I belong here? When I was in law school there was an attitude of assuming that people of color were there because of affirmative action,” said EchoHawk. This lack of awareness leads to an additional hurdle of not having access to many tech opportunities. “When we look at our youth, many don’t even know about those opportunities. Certainly, never seeing anybody that looks like them has contributed to that.”

“We’re trying to change that so they can see people that look like them. So then they think ‘oh, maybe I can do that!’ That’s definitely a big part of what we do because we support Indigenous people in STEM fields beginning in early childhood all the way through retirement. A lot of it is about asking the professionals while continuing their development to also reach back and help pull the students forward.”

We believe in the power of representation – it’s hard to be what we can’t see.

We believe in the power of representation – it’s hard to be what we can’t see. That’s why we host our annual racial equality summit — Representation Matters — a virtual event that seeks to inspire, empower and elevate Black, Latinx, Indigenous, and LGBTQ+ community members. This event fosters important conversations about how we can all drive racial equality in the workplace and society by not only making space but also changing it to be more inherently inclusive for the generations that follow.

“Early on we recognized we weren’t getting to the students early enough. We’ve started offering programming for kids as young as kindergarten, all the way through high school. When I talk to companies who are interested in supporting Indigenous people in STEM fields, oftentimes their inclination is to support at the college level. But they’ll also complain, and rightly so, ‘where are all of the Indigenous people?’” said EchoHawk. “That’s because we need to start much earlier. It’s not enough just to support the ones in college. We’ve started working directly with indigenous communities.”

EchoHawk explained how the work they do is designed specifically with the community in mind. “We develop curriculum and lesson plans based on cultural stories or cultural events, using their language, using some of their creation stories, or whatever within that particular community. It really is a community-based approach that really helps kids — and parents —make that connection.”

For those of us that are from the reservations, the digital divide has been an issue. There’s a lot of data out there that shows that we’re the least connected

In September, AISES will host its annual national conference, a three-day event that focuses on educational, professional, and workforce development for Indigenous peoples of North America and the Pacific Islands. Its specific focus areas are science, technology, engineering, and math (STEM) studies and careers. Salesforce is a sponsor of the conference — which is the largest college and career fair for Indigenous students and professionals in the U.S. It’s a diverse group of attendees that ranges from Indigenous high school and college students, educators, and professionals to representatives from Tribal Nations, Tribal enterprises, and Indigenous-owned businesses.

At Salesforce, we’re dedicated to attracting, retaining, and cultivating the next generation of talent through various workforce development programs. Some examples include Futureforce, and our partnership with Year Up. Additionally, we’ve provided grant funding to the Australia-based nonprofit, CareerTrackers, which creates pathways for Indigenous young adults to attend and graduate university and gain industry experience. Closing the opportunity divide — the gap between those millions of young people and companies seeking talent  — is important to create access to opportunities.

“For those of us that are from the reservations, the digital divide has been an issue. There’s a lot of data out there that shows that we’re the least connected,” said EchoHawk. “It’s definitely coming into the spotlight. There is a lot of federal funding to develop broadband, but that takes time. It’s gonna take a while before we get everybody connected. I definitely think continuing supporting legislation and policy around the development of broadband, in any rural community is key.”

“We have a college and career readiness program that we’re working on right now. Once students get into college, we help with their scholarships, internships, additional support, and programming at that level as well. And a lot of what we do is help them meet employers like Salesforce,” said EchoHawk. “There’s also the full circle mentorship program that will match with students for one-on-one mentors.”

Salesforce created an Equality Mentorship program that supports employees of color in an effort to increase access to leadership opportunities. Through mentorship, employees of color are able to build meaningful relationships that can help with navigating the workplace and career growth.

With Indigenous people, we’re all about relationships and families and extended circles.

“We can help prepare and try to get more Indigenous people into these fields, but then we also need to be working on the flip side of that with the institutions, corporations, and government agencies where they’ll either go to school or where they’ll be working — we need to make these more welcoming environments,” she said.

“Extend your circles” to create community

“The other issue is retention. It’s not just the hiring piece,” said EchoHawk. “AISES has a really big network. Usually what we’ve found has been helpful for those who are successful in attracting and retaining Indigenous talent, at least as it relates to AISES — yes, sponsor the conference, but then show up willing and wanting to talk to students. Even if you’re not prepared to hire them at the time. You need to start those relationships. With Indigenous people, we’re all about relationships and families and extended circles.”

I discovered WINDForce on my first day at Salesforce. Despite starting a new job in the middle of a Pandemic — I felt seen, heard, and valued!

EchoHawk also discussed the importance of giving a voice to the current Indigenous employees. Connecting them with potential candidates, as opposed to or in addition to recruiters can have a stronger impact. “Indigenous employees can speak to what it’s like.”

Lori Winfree, account director and global executive vice president of WINDforce, believes relating with others makes a difference. “I discovered WINDForce on my first day at Salesforce as I was working through my day one courseware. Videos of allyship with a strong Indigenous speaker, Jessica Heavy Runner  —  made me cry tears of joy. Despite starting a new job in the middle of a Pandemic — I felt seen, heard, and valued!”

Create inclusive programs for all

When asked about one of the biggest challenges Indigenous face today, EchoHawk said, “We’re kind of ‘the other.’ People view us in the past and not as contemporary people. So I think the biggest challenge at this point is just being included because a lot of times I look at diversity, equity, and inclusion (DEI) programming and we’re not even in it.”

Ensure your diversity and inclusion programs are inclusive of all groups — establish and support ERG’s for all identities and backgrounds. Be mindful of the nuance of intersectionality — the complex and cumulative way in which the effects of multiple forms of discrimination (such as racism, sexism, and classism) combine, overlap, or intersect, especially in the experiences of marginalized individuals or groups. One way is to encourage intersectional events, for example, WINDforce partnered with Salesforce Women’s Network (SWN) to discuss the generations-long epidemic of missing and murdered indigenous women.

As we continue to talk about advancing racial equality around the globe, it is important to support and elevate Indigenous communities. Get involved and support Indigenous ERGs and their initiatives, learn about the original custodians of the land on which you reside, donate to Indigenous Community Collaborative (IndigenousCC).