Salesforce Career Stories: Kimberly Roth on Expanding the Definition of a Job 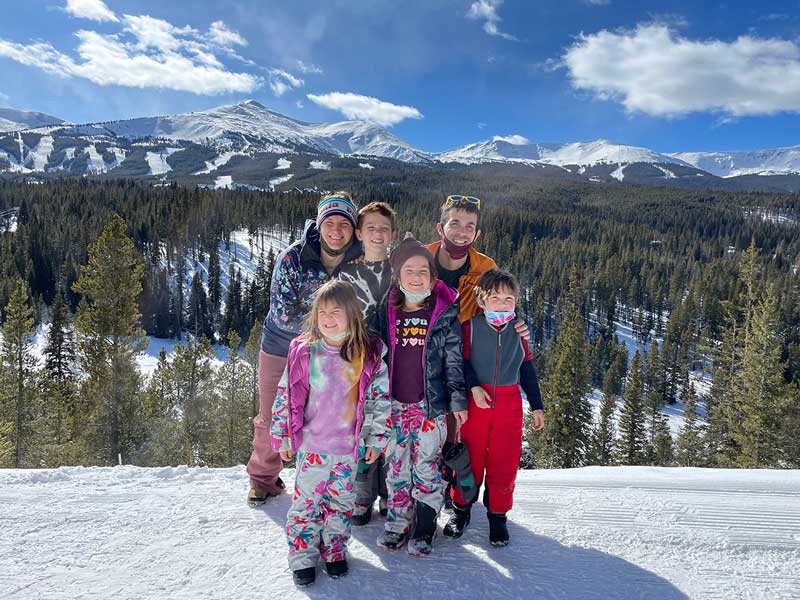 With a 10-year history of working at Salesforce, Kimberly Roth is currently the Director of Services Operations for a Customer Success Group (CSG) System & Tools team. She’s also the Global President of the Salesforce Women’s Network (SWN). In her technical role, Kim’s team supports internal Salesforce customers and tools, but within SWN, she supports her board members with initiatives promoting gender equality, such as the Trailblazing Women Summit.

During my chat with her, Kim told me a story about how majoring in computer science was never part of her plan. “I wasn’t one of those kids that would dismantle computers and check what was inside.” Even though she had always loved math and technology, computer science had never interested her, she says, because she had never seen any women computer scientists. When she pictured one, she didn’t picture herself.

That decision led her to a career in consulting. She still loves working across teams with different people and on different projects. Those interests motivated her to step into her current leadership roles. 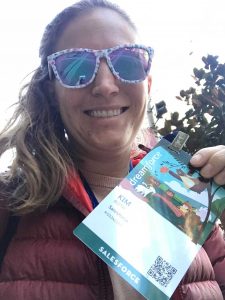 While her roles today may seem vastly different, Kim explains that her “passions are aligned under one big umbrella. Everything goes to the same inbox.” She doesn’t have to choose between work and fulfilling her other passions. From her home office in Denver, Colorado she can plan projects with her CSG System & Tools team and design programs with fellow board members of SWN who are located around the world.

Other women at Salesforce also have this dual role, even if they don’t know it. While SWN is 12,000 members strong, Kim says, “I view every woman at Salesforce as a member of the Women’s Network, whether they opt in or not.”

At Salesforce, many of the Equality Groups and individual employees adopt a V2MOM. This process of developing a mission statement is unique to Salesforce and its employees. The V2MOM of SWN includes a goal to have 50% women in leadership at Salesforce. Kim explains that SWN uses Salesforce’s Equality.com “to track where we are and where we need to go” in regards to that goal.

For many years, the goal of SWN was to equalize pay between men and women, which is a program Salesforce continues. Kim sometimes gets emails explaining, “Your salary’s been adjusted by X amount because of this Equality Pay.” Other programs, of the many SWN has established within Salesforce, focus on increasing the feeling of inclusion for women in Salesforce and leadership programs for women.

When Kim first joined Salesforce, she made the transition from customer-facing work to an internal role. It was her manager at the time who was supportive of Kim changing her career path. “That same woman, Kate Limbach, actually was the reason I’m the global president of the Women’s Network now. She dropped the idea in my mind.” Kim emphasizes the value of having a mentor. “I feel like a lot of women are this way. I needed that push.”

“I’m very slow to network,” Kim admits, identifying as an introvert in networking situations. To stay motivated, she considers a phrase she once heard at a conference: “Build your network before you need it.” This type of networking allows Kim to focus on building her relationships with the people that she works with first, branching out as she develops a career goal.

When she does have a goal, Kim has grown more confident in pointing out to her connections when a relationship is beneficial to both of them. Being specific makes it possible for them to help her. They can introduce her to other people at Salesforce, suggest resources, and consider her for opportunities they otherwise may not have known she was interested in.

Networking is what opened up opportunities for Kim in her career, particularly in SWN. All it took was leaving a message in the Global SWN group chat for Heather Brown, co-president of SWN at Home, to get Kim involved. Kim was nominated for her current role of Global President by previous president Tia Joseph.

Most importantly, networking and mentorship is “not a tiered thing.” Peers can be just as likely to mentor each other as two people with different levels of experience. “Every relationship I have, there’s some value in it.”

Every woman needs someone like Kate in their career. You need to “cultivate relationships with [people that you trust],” and people that “will give you the hard truths at times when you need them.” In a single phrase, “find your champions.” 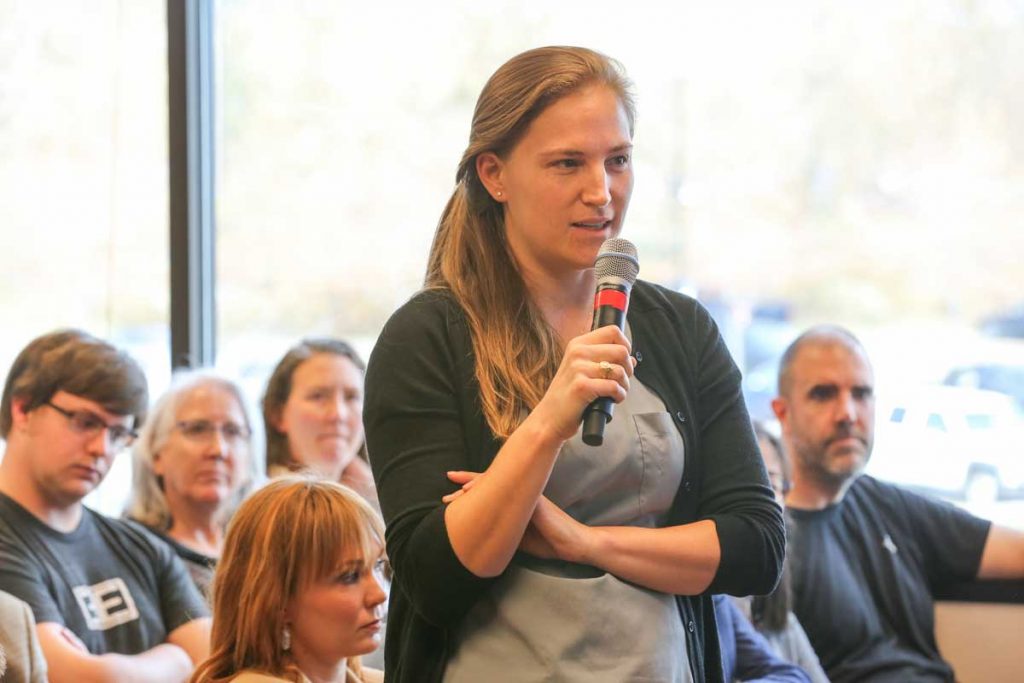 Getting involved with SWN

Before 2016, Kim wasn’t entirely familiar with SWN herself. That year, she had two kids, becoming a mother of four children. “After I had my twins, I felt the weight of what it was to be a woman and a mother… I needed a community to support me.”

Strengthening connections across hundreds of local women’s networks is no small task. To develop a sense of community, SWN hosted a seven-week series that asked attendees about their challenges and their inspirations for the week. Each session started off with everyone saying their “personal weather status.” For example, was someone cloudy at the moment, or “partly sunny because things [were] looking up?”

Becoming involved with SWN gave Kim an appreciation for the other Equality Groups at Salesforce. SWN is unique in that it spans all 12 of the Equality Groups. “We have Black women, Latina women, Asian women, we have a group called Genforce…” When Salesforce highlights the Women’s Network for Women’s History Month in March, the group makes sure to amplify the voices of all Equality Groups. 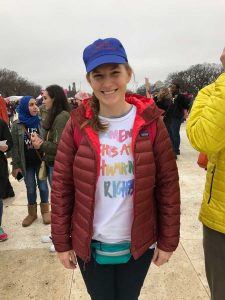 All for one and one for all

Like Kim, the members of Equality Groups consist of other people you might work with. They allow Salesforce employees to be part of a community, voice their concerns, hold leadership accountable, and most importantly, be themselves. “If you can’t show up as yourself, you’re not going to do your best work.”

For example, after global marches for racial justice began, “Salesforce relied on our BOLDforce Equality Group to help navigate what was going on.” Developing Equality Groups goes along with another message Kim has: “Make more space for other people.” If you can include a voice that’s different from your own in a conversation, it’s important to do so.”

Education and authenticity, Kim says, are also fundamental to practicing allyship. With authenticity comes vulnerability. An ally is going to make mistakes, but a good ally fixes their mistakes themselves. “You can’t rely on the group that you’re trying to be an ally with to fix it for you.”

Salesforce is all about connecting businesses to their customers. Kim gives the example of her daughter, who is 6 years old and a Daisy in Girl Scouts. Girl Scouts was already using Salesforce, but it became even more essential after the pandemic demanded virtual cookie sales.

Using Salesforce software, Kim’s daughter added all of her customers — including family, neighbors, and family friends — to a list that allows her to send them emails about the cookies. “She sold over 300 boxes of cookies this year using Salesforce as the platform.” That’s exciting for Kim not only because it’s the same company she works for herself, but because it also engages her daughter in nonprofit work from an early age.

It also introduces her daughter to the advantages of using technology. As the mother of two sons and two daughters, Kim is doing what she can to “open their minds to all the different things that are possible for them.” If they are interested in the Frozen movies, they also enjoy watching The Story of Frozen: Making a Disney Animated Classic, which is a program detailing how engineers, animators, and other technology experts created the movie.

Establishing from a young age that women work with technology, Kim says, ensures that when girls make “important decisions later in life” about their major or career, “they can visualize it.”

If you’re ready to take the leap into a technology career with Salesforce, visit the Salesforce career page.