Neuroscience in Sales — Fad, Fallacy, or for Real? 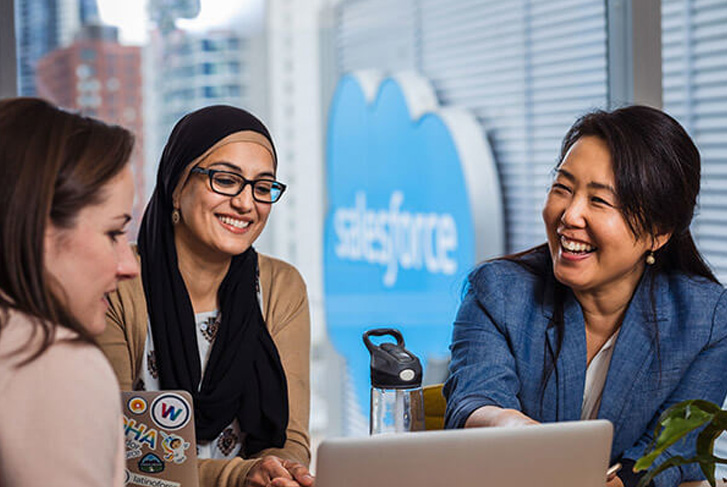 In a recent blog, Salesforce Account Executive (AE) Martina Mahady noted, “Defining the psychological needs of clients in tech sales is just as important as understanding product requirements.” As a former psychotherapist, Martina sees a parallel between a counselor’s responsibility with patients and an AE’s approach with customers. Experience has taught her that promoting emotional wellbeing throughout the sales cycle can have a significant impact on customer outcomes.

So, does this mean that to be a successful salesperson these days you need to get a degree in psychological counseling? No. But it does highlight the role that behavioral sciences, such as neuroscience, can play in sales.

In fact, as recently as five years ago, neuroscience was the new “shiny object” that was going to revolutionize selling. It gave rise to terms like “neuroselling” and “neuromarketing.” Yet, beyond the buzzwords neuroscience has made a lasting impact on the modern sales approach. And insights into how the brain works and affects our decision-making can help any salesperson be more effective.

Download our eBook, 3 Ways to Improve Your Selling with Neuroscience, for some practical tips on using neuroscience in sales.

Of course, every action we take: selling, buying, exercising, eating, sleeping, etc. has some impact on the brain. And the impact is expressed through the release of brain chemicals, which affect how we feel.

Feeling Happy or Sad, Energized or Lethargic… There’s a Brain Chemical for That

When a salesperson engages with a prospect or a customer, brain chemicals are released on both sides during the exchange. Some of these chemicals may include:

Does this mean you need to focus your selling efforts on releasing or preventing the release of certain brain chemicals? Not exactly. But it does mean the emotional states of you and your customer before and during a meeting will absolutely affect the meeting’s outcome.

For example, monitoring your emotions can be especially important after a challenging situation with a prospect — or after a difficult incident that occurred prior to a sales call. You may find yourself feeling flustered or notice your adrenaline kicking in. This is a natural physiological reaction to confrontation.

Certainly, the same can be said for your customer. You won’t have the same degree of insight into their emotions as your own, but after a sales call it’s helpful to review the emotional content on both sides.

That’s why Salesforce Regional Vice President Zach Ciliotta-Young comments, “As a salesperson I try to take a step back after every call and assess what went well, what I would like to improve on the next call, and what feeling the customer or prospect could have on the other end.”

A Customer-Centric Sales Approach Aligns with the Neuroscience of Sales

Customer or client-centric is a term that’s always been central to the Salesforce sales methodology. Essentially, a customer-centric sales approach emphasizes solving a problem rather than selling a product.

To solve a customer’s problem, you must first gain their and their team’s trust. Remember Oxytocin, the trust chemical? You need to get that flowing.

And, as it turns out, taking a problem-solving versus a product-centric approach to selling does activate different brain chemicals. In a blog titled, “Is Your Sales Team Addicted to Dopamine?” Lisa Earle McLeod writes, “When leaders prioritize short-term payoff — kill the competition and get a dopamine hit — over longer lasting purpose and impact — make a difference to clients and let the serotonin flow — poor results follow. Dopamine-driven organizations produce three predictable problems:

What neuroscience does for sales is explain why tried and true tactics like relationship-building work and how you can use additional neuroscience insights to build a more effective, resilient, and humane sales culture. Neuroscience can help you understand why buyers behave the way they do and how sometimes even the best salespeople open their mouths before engaging their brains. A basic understanding of neuroscience and how it affects behavior — yours and your customers — is a good addition to your sales toolkit.

To put neuroscience to work in your sales organization, download our eBook, 3 Ways to Improve Your Selling with Neuroscience or watch our Neuroscience in Sales webinar.