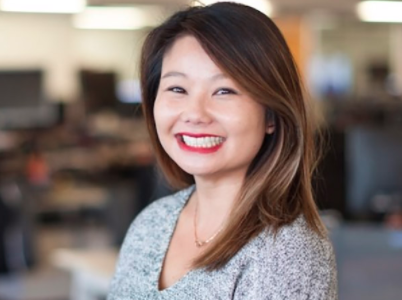 Taking the ‘win as a team’ culture beyond Salesforce

Quyen Chang’s Salesforce story starts before she graduated college. She attended a career fair at Santa Clara University. While at the career fair she met Courtney Loomis. Quyen told us, “Courtney explained how Salesforce would provide the opportunity to work on impactful programs that help customers globally. In our conversation, I became excited about the chance to learn from industry leaders.” As you might have guessed, Quyen went on to graduate from Santa Clara University in 2007 and went straight to the Salesforce office to start her first job as a postgraduate and never looked back. Over the next eight years, Quyen would go on to hold various roles in Consulting, Onboarding, Enablement, and Innovation. In 2015, she made the difficult decision to leave the company to explore new opportunities elsewhere.

While reflecting on her career journey at Salesforce we asked Quyen what her favorite memory was. She told us, “I was part of a steering committee for the first group of LeanIn Women’s Circles, and in 2013 we were able to get Sheryl Sandberg, COO of Facebook, to Dreamforce! I was able to meet her backstage and although it was a short period of time, it was very impactful. Salesforce fosters this incredible culture of winning as a team. They surround you with leaders and teammates that want to see you succeed and thrive in your role and help you advance in your career.” This is something she said that she tries to implement in her work post-Salesforce. “How do I create this sense of community in my new role? How do I get a team to work together as one and want to push each other to do well and succeed?” said Quyen.

On her journey after Salesforce, Quyen told us, “I transitioned to a smaller company where I wore more hats than I was used to in the past. Changing strategies on industry, customers, and everything else in between was different for me. There were constant adjustments to setting expectations and realizing other companies didn’t operate like Salesforce does. I needed to find new allies and stakeholders. It was a huge shift. After eight years at Salesforce I missed that camaraderie right off the bat. I had to work hard to build those new relationships.”

Today, Quyen is the Head of Global Revenue Enablement at Airbnb. We asked her if there is anything from Salesforce that she has taken to help her succeed in her current role and Quyen shared, “I learned the importance of working effectively with stakeholders. It is essential to make sure your stakeholders know they have a voice or hand in the program so they are equally invested in your programs. Do this early!” Other tips she shares with the sales people she trains are to, “lean on your team and rely on the subject matter experts. Also, when a customer signs a deal with you and your company, that is not the end of the deal — it is actually the start of the deal. The customer relationship you build post-deal is the most essential.”

In the pre-pandemic world, Quyen was a jet setter and loved to travel frequently. We asked her what her top travel recommendation was and she said, “The Amalfi Coast! You always see the pictures and people talking about it but you don’t know its beauty until you are actually there. The people are amazing, the food is incredible, and we did an Airbnb experience while we were there. We got to tour the entire region and hear from a local that gave us the insider’s knowledge of the best places to go to.”

As we all know in the new normal, travel like this isn’t typically possible. Quyen told us that today her life is quite different, “In a world where travel is not as constant as it was previously, what I love now is focusing on the importance of meditation and exercise.”

“I love meeting with recent alumni and hearing their stories through the Alumni Network, and to compare and contrast my experiences at the company with theirs.” said Quyen. “My Salesforce colleagues are my extended family; we still keep in close contact and I am so grateful that this company introduced us and brought us together.”

Want to learn more about Quyen’s career journey or need more travel tips? Connect with her on LinkedIn! Or, if her story has piqued your interest in careers at Salesforce, go ahead and explore open roles today.