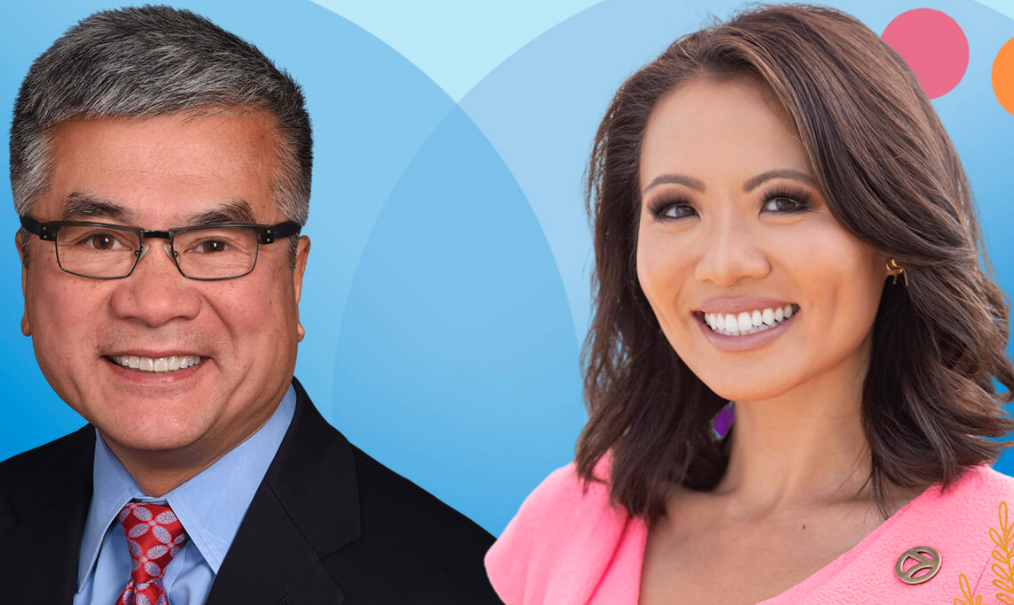 Data from nonprofit Stop AAPI Hate clocks 3,800 anti-Asian racist incidents in the U.S. in a year. At work and in our communities, here’s how organizations and individuals can take a stand.

Salesforce and the Tableau Foundation are donating $650,000 to Stop AAPI Hate. Please join us.

Asian American Pacific Islander (AAPI) people have been sounding the alarm that the political rhetoric calling the COVID-19 virus “the Kung flu” or “the China virus,” might embolden racists, and we were not wrong. Data from nonprofit Stop AAPI Hate has clocked 3,800 anti-Asian racist incidents in the U.S. since March 2020. That’s an increase of 150% between 2019 and 2020.

In news that was shocking but unsurprising, six of the eight murdered in Atlanta on March 17 were women of Asian descent. While grief-stricken, those of us in the AAPI community saw an uptick in microaggressions and racist interactions in our daily lives over the past year. It seemed only a matter of time before something like a mass shooting would occur.

As we reel from recent attacks, we invited a group of panelists to discuss the history of anti-Asian racism in the U.S. and possible solutions. Our guests include Gary Locke, former governor of Washington State, the former secretary of commerce, and the former ambassador to China, and Dr. Russell Jeung, university professor and co-founder of Stop AAPI Hate, a nonprofit gathering data on anti-Asian racist incidents. They’re joined by Dion Lim, Emmy award-winning anchor and reporter at KGO-TV, ABC7 News, and Rise founder Amanda Nguyen, who is also a Nobel Prize nominee, social entrepreneur, and civil rights activist.

If you’ve watched this episode of Leading Through Change, or even if you haven’t, here are a few highlights:

How do we reconcile that shameful history of anti-Asian racism and stop the scapegoating?

Gary Locke: First we need to acknowledge the laws passed around the late 1800s and 1900s that prohibited Japanese and Chinese people from owning land in America. Then you have the internment of the Japanese in World War II – even as their sons went to war fighting for a country that put their parents, sisters, brothers, and relatives in a concentration camp.

Asian Americans also have to be vigilant about our civil rights. And we have to ally ourselves with other groups who are encountering discrimination: African Americans, Latinx, and Indigenous populations. America has a history of racism and we need to join together and support each other.

Amanda Nguyen: Asian Americans have been systematically erased from the narrative. Our history isn’t taught. Some federal agencies don’t even include Asians in their definition of racial minorities.

A year ago, when violence against Asians was on the rise, there wasn’t a lot of media coverage. Why do you think this is the case?

Gary Locke: The media perception is that we are somehow the “model minority” — that we are very successful, that we have blended into American life. That perception that the Asian American community has somehow “made it” is just not true. There’s a huge disparity in terms of healthcare, income, nutrition – you name it.

I think Asian Americans have a role to play in an American sense of justice and belonging as we disrupt and dismantle that insider-outsider binary. We’re on the outside, let’s use our ‘foreigner’ status to see what’s broken about America and make changes.

Amanda Nguyen: People just don’t know who we are. How can people empathize if they don’t know our history? How can we organize if we don’t know our previous collective power? It is important to understand that there are millions of people who have been erased, but they’re there — grieving. And people now feel like they can’t have their grief validated.

What are some harmful stereotypes? How can we combat that stereotype of the perpetual foreigner?

Gary Locke: We need to recognize that in America, whether we are first generation or we are tenth generation, we’re all foreigners, except for the Indigenous. Our ancestors came on the Mayflower, on a slave ship from Africa, or on a steamer from Asia. We need to recognize the diversity of people from all parts of the world coming to America with different languages, cultures,  food, art, and architecture. That has created the vitality, that dynamism that really powers America.

Russell Jeung: If we could get into the pain of being outcast and not belonging, then maybe we can gain some of that empathy and solidarity we want. I think Asian Americans have a role to play in an American sense of justice and belonging as we disrupt and dismantle that insider-outsider binary. We’re on the outside, let’s use our “foreigner” status to see what’s broken about America and make changes.

What is the call to action for our audience today? How can people support the Asian American community and show solidarity?

Russell Jeung: Asian Americans are under a state of siege, and when we’re threatened, we can go into a fight mode or we can go into flock mode.  I see the Asian American community flocking together to protect each other for grieving and for comfort. We’re also flocking together to stand up for our communities. I’d like to see people go out, buy boba, go back to patronize Chinatowns, and support our businesses because we’re the racial group with the second-highest joblessness rate right now. We need that type of community support.

Learn other ways you can support the Asian American community during this challenging time. Also, consider how you can cultivate equality at work.