7 Principles to Drive Your Career Forward, From a Microbiologist Turned Techie 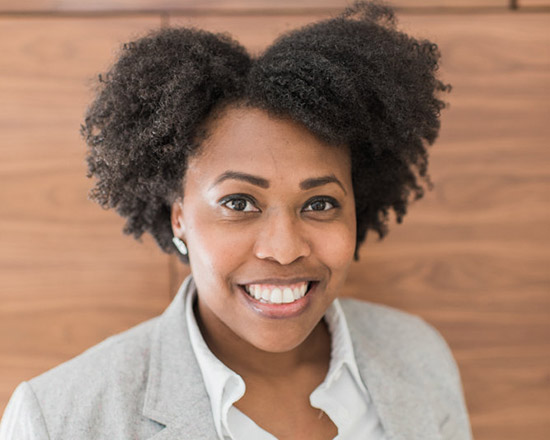 Do transferrable skills have limits? Most of us would acknowledge that a recruiter who sells a candidate on a company could transition to a sales role.

Or that a sports coach could become a people manager. But what about a microbiologist moving to a solution consulting role within a tech company?

It’s not a stretch. In fact, it’s a small piece of Julianne Tajuba’s story. Perhaps that’s why her career crush is Dr. Mae C. Jemison — a woman who explored career changes from physician to engineer to astronaut. A role model who reminds us that anything is possible with perseverance and dedication.

Julianne joined Salesforce as a solution engineer and today she’s a manager in that function. Throughout her journey Julianne has lived by seven principles that drive her career. And because she believes in helping others climb, we all get to benefit from those learnings.

1: Don’t leave a role until you’ve maximized all you can learn from it.

Julianne was working on drug discoveries and microbial diagnostic development when she got the itch to try something new. She was curious who made the decisions that impacted what she was doing in the lab, and was intrigued by the impact she could make within a business. 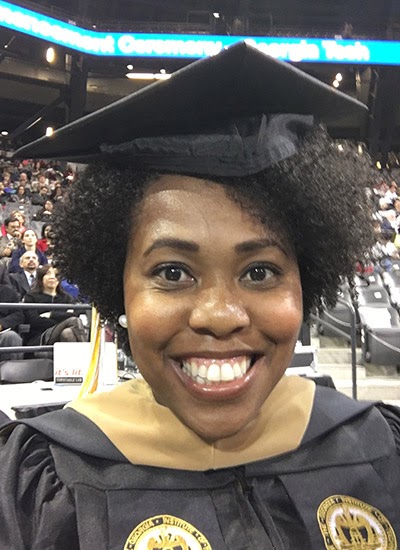 Julianne realized sales was going to be the quickest path to gain business experience. So she took an entry-level sales job knowing that there were many opportunities to be impactful, prove her value, and move up quickly. But once in that role and positioning herself for promotions, she was often told she didn’t have the necessary experience. Rather than letting that feedback discourage her, Julianne was determined to acquire the experience she needed.

Julianne signed up for a weekend executive program at Georgia Tech while maintaining her full-time job in medical device sales. Through the program, she learned about economics, how to position things to gain alignment, and built incredible relationships. In fact, two of her classmates — Monica Bowie and Pushpinder Wilson — now work alongside her at Salesforce.

When Julianne completed her MBA and learned everything she could from her medical sales role, she decided it was time to look for her next challenge. Pushpinder referred Julianne to a Solution Engineer position at Salesforce. When the hiring manager noticed Julianne’s three unique degrees and natural curiosity, they said, “this woman can learn anything!” The rest is history

2: “Excellence should be the baseline.”

Before you begin looking for your next role, pause and consider how you’re showing up in your current position. Julianne brings her best to every task, project, and role. Even when in roles that weren’t her “dream job,” Julianne knew they were important steps on the road to her end goal.

“Excellence should be the baseline,” Julianne comments. Thriving in your existing role builds your personal brand — which is what you’re known for, your values, and how you express those vales.

Oprah Winfrey — often called “America’s Ultimate Brand” — offers similar personal branding advice: “Let excellence be your brand… When you are excellent, you become unforgettable. Doing the right thing, even when nobody knows you’re doing the right thing will always bring the right thing to you.” Establishing this mindset will set you up for success whatever step you take next.

3: Create a personal board of directors.

After her executive program, a friend encouraged Julianne to pursue an on-campus MBA to grow her social skills. A colleague suggested she build a visual “brag book” (more on that later) to show off the competencies Julianne could bring to a new role. A manager asked her to think about her next role on the first day in a new position.

Together, connections like these make up your “personal board of directors.”

“Everyone should have a board of directors,” advocates Julianne. “People who offer you perspective on how you run your life. My board recognized things about me that I overlooked, and pushed me beyond my comfort zone. They helped me channel frustrations with being stagnant in my career into moving myself forward.”

Build your personal board of directors with a variety of perspectives, roles, and talents. Together your board can offer you candor, encouragement, and creative solutions to build the career of your dreams.

4: Know the competencies for your next role.

If you want to try a new role, you’ll need to demonstrate why you’re the best candidate. That starts with understanding the core competencies for the position.

“I dove into the competencies for my position and started checking off what skills I had, and what I needed to work on,” notes Julianne.

You can do this by reviewing the minimum requirements on a job description. If the role is different from what you’re doing today, consider talking to someone who’s in the position currently for a better understanding of what those skills entail.

Julianne is a member of BOLDforce, Salesforce’s employee resource group that works to expand and empower the Salesforce black community. Through this group, she met Ola Ayeni, BOLDforce’s former Global Events Chair.

Ola recommended Julianne create a “brag book” to help communicate and visualize her path forward. While the name is fun, this doc is serious — it listed her strengths, weaknesses, accomplishments, and vision for the future. Why? “Writing things down takes them from being dreams to plans.”

In reviewing the draft, Ola recommended making it more visual. Julianne wasn’t sure she had the skills to execute on that feedback, but Ola showed her some examples of what could be done in Quip, Salesforce’s collaboration tool. “I had never seen anything like it! It was amazing.” Ola also encouraged her to unapologetically share more accolades. “It’s not bragging if it’s a fact,” encourages Julianne.

Among other things, the brag book helped her prior manager, who worked in a different location, understand all the extra things she does outside of her day-to-day to hone new skills. Whether you’re working remotely, or are located in a different part of the world than the person you’re speaking with, consider creating your own book to help advocate for your next position.

“I used to believe that just being smart and good at my job was enough to advance my career. It hit me one day that I have nothing to lose by being honest and direct about what I want,” shares Julianne. “As my grandmother said ‘closed mouths don’t get fed.’”

Julianne dedicated every fourth one-on-one with her manager to career conversations. They would review her brag book, paying close attention to the competencies of the next role she aspired to and the skills she needed to build.

It created a great dialogue. “We were talking as equals as we were pushing my career forward.” Together they would identify stretch projects to build out new skills, making her growth tangible and concrete.

Whether you’re talking to a recruiter, hiring manager, or your current supervisor, excellent storytelling skills will help you persuade your audience. 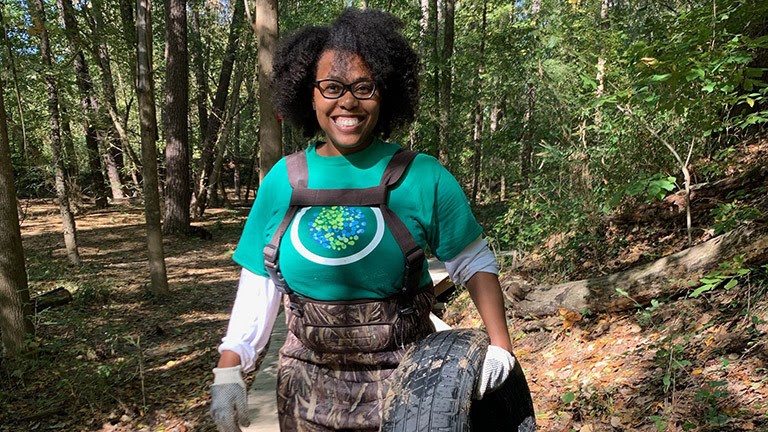 Julianne recognizes that her winding path to tech took time. And she wants to help others get to where she is faster. She does this in a few ways — managing her team, mentoring those who ask, and giving back through Volunteer Time Off (VTO).

“I don’t take it lightly that I get to help my team become great solution engineers and shape their careers,” shares Julianne. “I want people to say ‘Julianne would run through a wall for me and I’d do anything to be on her team.’” You can bet she dedicates at least 25% of her one-on-ones to career chats.

Julianne is grateful for the people who said “yes” to mentoring her. And now, the mentee is becoming the mentor. “I always have 30 minutes for career check-ins because they’re a priority.”

Finally, as co-chair of BOLDforce Atlanta, Julianne was involved in the adoption of a local middle school. As part of this partnership, BOLDforce brought honor students to Salesforce to inspire the next generation to pursue careers in tech.

“My favorite VTO project was building an app with the students to manage a lemonade stand business. We talked about prices, sizes, and flavors. It made tech approachable and they started to see the opportunities. And in working with BOLDforce, they saw people who look like them in this industry.”

Julianne’s career advice reminds us to be brave as we drive our careers forward. Are you ready to take the next step? Discover your calling at Salesforce.